Where does Excluder come from?

The idea for the Excluder came about in 2012, when there were major challenges with the mix of halibut in fishing for plaice in Alaska. 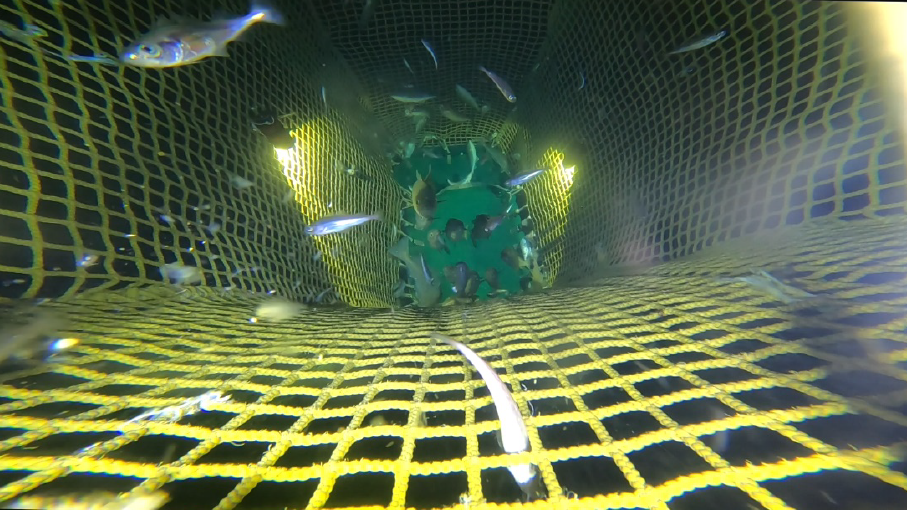 Karsten Hjelm, at Greenline Fishing Gear, contacted the new Managing Director, Jesper Hjermitslev in Tor-Mo Trawl (now Egersund Trawl DK). Together they developed a selection panel where it was possible for large halibut to be sorted out, instead of ending up in the cod end together with plaice. It was important that selection was done while the trawl was at the sea bottom so as not to increase mortality. The first drawing of Excluder was drawn on a napkin, and the idea was ready.

Karsten and Jesper invited 3 fishing companies, with 22 men and 9 ships from Alaska, to a seminar in Sintef's facilities in Hirtshals, Denmark. The focus was on selectivity and reduction of unwanted species. For the first time, the model of the Excluder was shown in the flume tank, and before the seminar was over, three ships had already ordered the first selection panels. Greenline Excluder was hereby born.

The Greenline Excluder was first used in May 2013. There were not unexpectedly, both challenges and improvements along the way. Nevertheless, there was an evident and documented difference between fishing with and without the Excluder. The following year, orders came from a lot of other ships, and Excluder had gone from being an idea to a marketable product.


From the ships' fisheries control, which takes out 3-400 kg from each haul, the reduction value of the individual species was systematically documented. After collecting and comparing huge amounts of data, it was established that there was a 50 % reduction in halibut, and as an additional gain, including the reduction of cod, crabs, and skates.

Product development of Excluder has always been based on documentable data. Data from fisheries controls have been used as a basis for determining whether modifications have achieved the desired results. If fisheries controls have not been possible to obtain, data has been collected using an independent third party. The years that have followed have given us a lot of knowledge about the strengths and weaknesses of Excluder's construction. We are constantly working to make the Excluder strong and stable enough to be used regularly in fisheries, where bycatch is a problem.


Approved by the EU


Many hours of underwater video, from a one single boat, have helped to study the behavior of fish species. Better knowledge of what happens during fishing has been used for further development of Excluder in various fisheries.

In 2018, Technical University of Denmark (DTU) had a successful trip aboard Rockall, where data collected from twin trawling again proved the value the Greenline Excluder has for reducing unwanted bycatch. This has recently influenced the EU to approve the concept and given permission for people to choose whether to use the grid or the Excluder concept.

Greenline Fishing Gear became part of Egersund Group in 2019, which accelerated the further development of selective fishing. Today there are Excluders on seven completely different fisheries, in five countries with different challenges. Although The Exclusion is not the answer to all the challenges in fishing, The Excluder has been of great help to several significant fisheries in reducing unwanted bycatch, and in several cases, also improved the quality of targeted species that were caught.

After 10 years of experience with Excluder in various fisheries, we are constantly focusing on the further development of Excluder for optimization at various fisheries. We strongly believe that the Excluder will be relevant in several places in different fisheries, and elsewhere in the world in the near future.